For over 200 years, Skat has been one of the best-loved card games in Germany. But why, exactly? That the game is unusual in that it’s for 3 players is not enough to explain the phenomenon, although the constantly shifting alliances - the player with the best hand competes against a temporary team of the other two players - is indeed a brilliant game principle. But more than this, Skat is fast and tactical; a card game that never gets boring - whether you’re just playing a quick hand or playing for an entire evening. But is there something more to this pastime? Skatinsel.de is on the trail of the other elements in this formula for success.

Skat is an Adventure: Competition in its purest form

Of course, luck plays a certain role, and a casual game of Skat can be a delightful diversion for an afternoon at the coffee shop. But honestly, that is not typical, as this classic card game is very tactical and highly strategic. It appeals to the ambitious player who likes a challenge, learns from mistakes, and - after a lost hand - wants nothing more than to step back into the ring for more!

In Skat, the randomness typical of many card games is mixed with the player’s individual ability in a unique way, so that, over the short run, luck does indeed play a more prominent role; however, the longer the evening goes on, the more the talented player will lean towards victory. But watch out: Success does not come without risk, and there’s often a very fine line between victory and defeat. No player can tell on the morning of a tournament, what hand fate will deal them, and so it is more true of Skat than any other game that this is no game for weak nerves - this is a game for adventurers and competitors!

Not much is needed to play Skat: 32 cards fit easily in a jacket or pants pocket. And yet from this humble deck emerges an enormous diversity: the sheer number of ways these 32 cards can fall between the 3 players and the Skat is astounding: over 2.7 quadrillion!

This raw number is indeed gigantic, but only speaks to one facet of the game’s complexity. Even very simple games like UNO or Black Peter feature similar large possibilites of distribution. The magic of Skat, however is how the game allows each player to bring and express their own individual character and mood. And that’s why every hand of Skat is unique - guaranteed.

A question of Style: every Skat player has their own

In Skat, every player develops their own individual style, that continues to change over time as a result of experience. That’s true on the one hand for the actual style of play - for example, the boldness with which one bids to become the soloist and the right to call the game; and on the other hand, how one handles the high and low points that Skat continually offers. Joy, disappointment, unperceived twists and turns, often a heart-pounding finale to the round: Skat just evokes emotions, pure and simple, and remains - not least because of the many types of players - endlessly interesting and so one of the best games for three players. 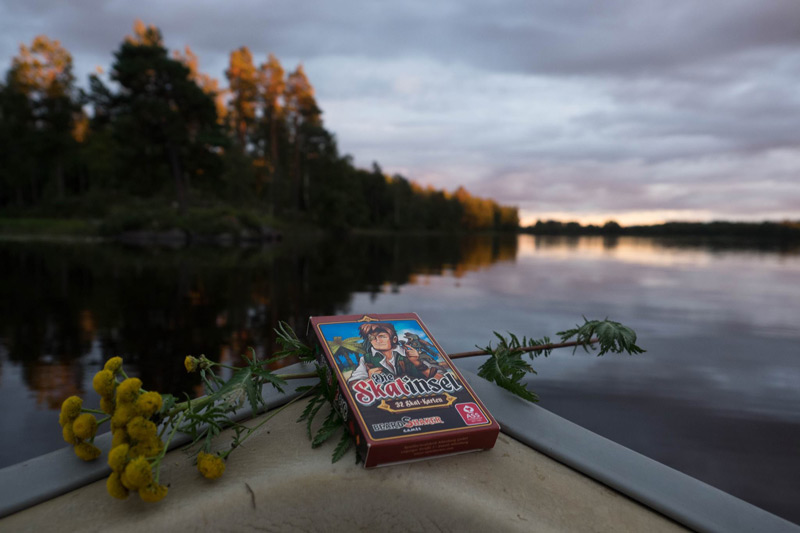